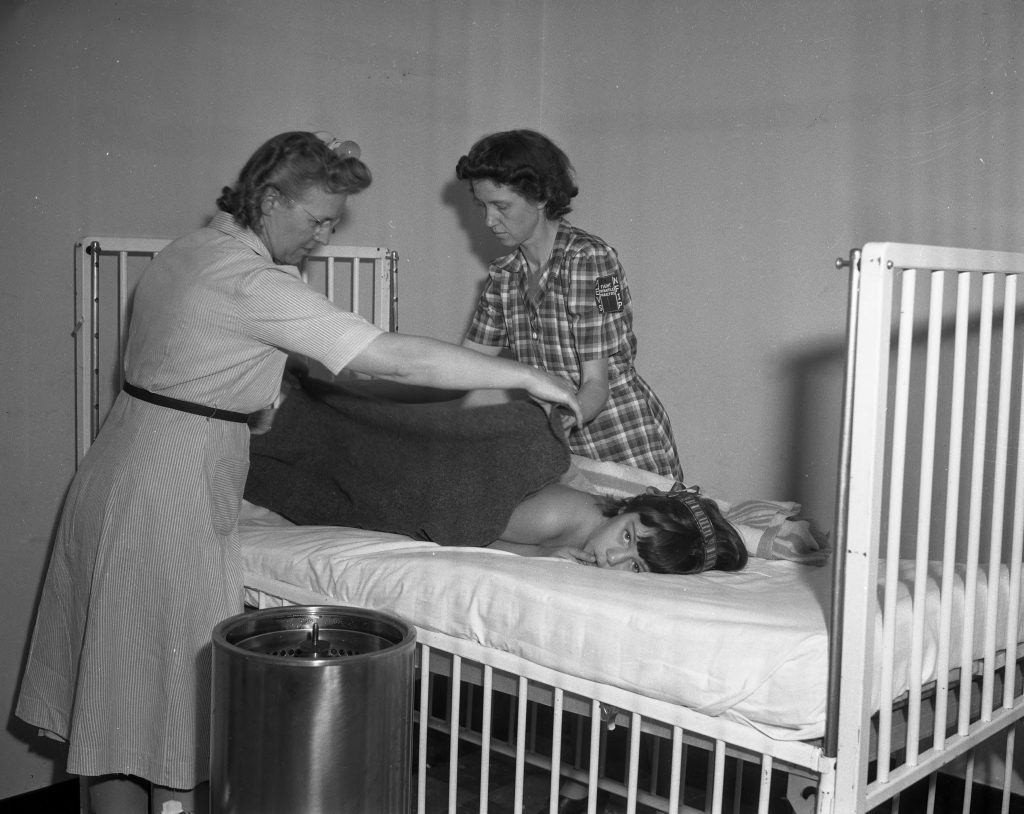 In August 1952 seven-year-old Joan Ogden was on vacation with her family visiting grandparents in Wisconsin. Ogden, who recounted her story as part of the Polio Oral History Project conducted by the American West Center, recalled the onset of a severe sore throat during the visit. Returning home to Worcester, Massachusetts, Ogden’s symptoms persisted. “When I first became ill, they didn’t know what it was.” Days later, a spinal tap was performed. The results of the lumbar puncture confirmed a diagnosis of bulbar and paralytic poliomyelitis. Ogden’s distraught mother called friends living in a Boston suburb who in turn contacted their family pediatrician. Ogden recalled lapsing in and out of consciousness and the smell of the black rubber mask covering her nose on the ride in the ambulance to the Boston Children’s Hospital. Ogden’s memory of her first days at the hospital always remained vague, but her transfer to the polio ward and her reliance on the large metal cylinder in which she found herself encased remained as fresh as the air being drawn into her lungs by the large whirring device. Spared permanent confinement that was the lot of not a few pediatric and young adult patients who received a similar diagnosis in the era before the Salk and Sabin polio vaccines eradicated the spread of the disease in the United States, for Joan Ogden and members of her generation, recalling the fear of polio and the “frightful specter” of life inside an iron lung would always remain enduring.